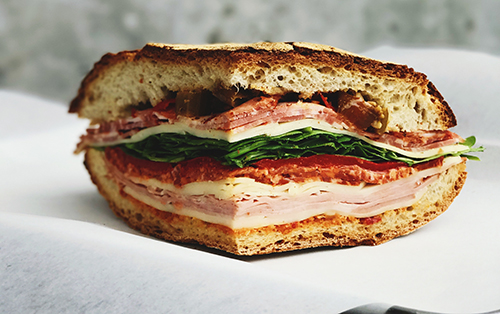 With Brexit now a reality, EU border officials are taking a ham-fisted approach to sliced meat.

Customs officers in the Netherlands have been confiscating sandwiches from incredulous truck drivers arriving from the U.K. Under post-Brexit rules, the personal imports of meat and dairy products into the EU is banned, and clearly ham sandwiches pose a national security threat.

Officials wearing high-visibility jackets explained to surprised (and potentially hungry) drivers at the Hook of Holland ferry terminal that since Brexit, they are forbidden to bring animal products into the European Union.

One driver caught red-handed with several sandwiches painstakingly wrapped in tinfoil asked if he could surrender the meat and keep just the bread, but the proposal sounded like a load of baloney to the customs officer.

“No, everything will be confiscated. Welcome to Brexit, sir, I’m sorry," the officer replied.

The European commission says the ban on all animal products, which came into force on 01JAN, 2021, is necessary because meat and dairy products can contain pathogens causing animal diseases such as foot-and-mouth or swine fever and “continue to present a real threat to animal health throughout the union."

And it's not just BLTs that are toast -- no food is safe. Fruit, vegetables and fish are also banned. Dutch customs posted a photograph of foodstuffs ranging from breakfast cereals to oranges that officials had confiscated at the ferry terminal.

Passengers have already nailed chugging the verboten litre of water before passing through the security screening point at airports. Now, Brits will have to work on scarfing down their ham and cheese sarnies.