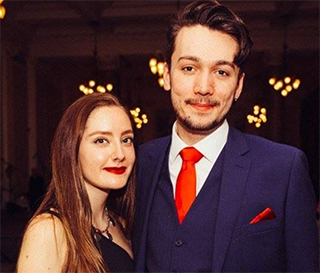 One hapless couple's hopes of living out a real-life rom-com didn't end up being the surprise they had hoped for. Two planes passing in the night became a classic tale of "Missed Connections."

Back in 2017, Finlay McAfee decided to make the grand romantic gesture of flying from Edinburgh to surprise his girlfriend, Salma Saade, at CDG. Saade was flying from Beirut back to Edinburgh with a layover in Paris... or so McAfee though.

Little did he know, Saade was planning the reverse surprise. Without telling McAfee, she'd switched to an earlier flight, intending to surprise her partner and be reunited a day earlier.

The hopeless romantics ended up in a lovelorn mess, both unknowingly transiting through EDI at the exact same time.

"It's crazy to think about, there's probably a point in Edinburgh Airport where we literally walked past each other," McAfee told CNN Travel.

When Saade realized their clumsy attempt at a rendezvous had become a disaster, she texted McAfee – in all caps,  "COME BACK I AM HERE. HERE AS IN EDINBURGH NOT PARIS. I'M SORRY I WAS TRYING TO BE CUTE. COME BACK NOW."

"Happy 4 year anniversary to when I flew to Edinburgh to surprise Finlay and he flew to Paris to surprise me and this is why we don't do surprises anymore," she posted, alongside screenshots of their messages, and a photo of an unhappy McAfee posing with the Notre Dame de Paris cathedral on his solo escapade through Paris.

The Tweet has since had more than a million likes and over 150,000 Retweets and Quote Tweets.

But just as in any good ol’ sappy rom-com, McAfee still got the girl and Saade got the boy.