Schoolteacher Busted For Slapping Bottoms Of U2 Staff 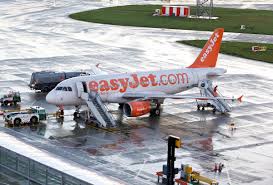 She claimed to be a schoolteacher. Perhaps she misses the days of corporal punishment.

Police boarded an easyJet plane at London’s SEN to arrest a woman and her partner after she allegedly became drunk during the flight and repeatedly slapped the cabin crews' bottoms.

Fellow pax claimed the pair was loud and abusive during the flight from Faro, which had been delayed 7 hr. due to technical problems. Apparently the delay left plenty of time for the pax to fuel up on liquor for the flight.

According to a report in the Daily Mail, the 23 yr. old woman repeatedly said she was a school teacher while allegedly slapping the backsides of crew members as they passed. A fellow passenger told the Daily Mail: 'Not only did we have to suffer a 7 hr. delay due to technical difficulties, but we had to endure 2 drunk passengers, who were loud, using abusive language and causing a disturbance to other passengers. The woman kept repeating that she was a school teacher, which was quite unbelievable at the language she was using in front of my primary school age children. After numerous attempts by the cabin crew to quieten them down, they continued shouting, annoying passengers, slapping the cabin crew on their backsides as they passed the cabin.'

The woman and her partner were arrested 'for endangering the lives of fellow passengers' when the plane landed at Southend but later released with a police caution.