Ryanair and Aer Lingus have been trading blows on Twitter, just as the low-cost carrier is about to find out if it will be forced to reduce its stake in the Irish flag carrier.

The row began after EI pointed out that a photograph of one its aircraft had been used in an advertisement for FR business flights.

A tweet by Aer Lingus said: "Epic #photobomb by EI-DVM on Ryanair's website! Even they know we're ‘Best for Business.’"

FR wasn’t going to let that one go, quickly replying: "Even @AerLingus is talking about @Ryanair Business Plus. FYI, he's smiling cos he saved a fortune & avoided another late @AerLingus arrival."

Another Twitter user then intervened, asking if the 2 airlines really do hate each other.

EI replied saying it was just 'healthy rivalry' and prompted Ryanair to agree, but Ryanair retorted: "We stopped being rivals in the 90s. We'd have to treble our fares and lose 81m customers to be your rival #EuropesNo1."

The snarky spat was reported by the Telegraph's financial section, which concluded that FR was suffering from stress over today's U.K. Court of Appeal ruling. Competition watchdogs are trying to force FR to reduce its stake in EI from 29% to less than 5%, but Michael O'Leary's airline has repeatedly appealed against any ruling.

FR says it is now looking for a buyer for EI, but 2 offers from BA parent IAG have already been turned down. Speculation is mounting that IAG is preparing a 3rd offer. 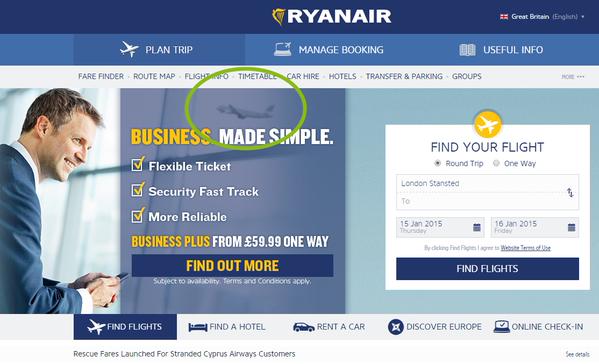