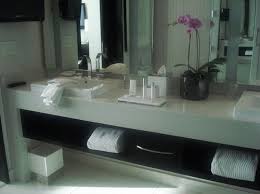 Whether it’s the towels, robes - even the bed sheets - there’s something about the items in a hotel room that brings out the inner kleptomaniac in many guests.

But next time you consider stuffy something fluffy in your suitcase that doesn’t belong to you, you might want to think twice. Why? Because it could include an electronic tracking device.

According to a Huffington Post report, a growing number of hotels can tell when you’ve stolen an item because there’s a tiny tracking device embedded in hotel linens. Provided by Linen Technology Tracking, the chips lets hotel operators know where their towels, robes and bed sheets are at all times.

The company’s Vice President, William Serbin says around 2,000 hotels in the U.S. are already using the tracking device. Initially the chip was used as a means of tracking linens from the hotel to the cleaners and back, but they can also be used to keep tabs on goods that go home with guests.

So far, Serbin says hotels aren’t pursuing guests for taking towels. The technology is used more to keep track of how many items disappear. He says hotels replace 10 to 20% of linens each month, mostly due to wear and tear. But about 2% of bathrobes, towels and robes disappear because someone has taken them home.