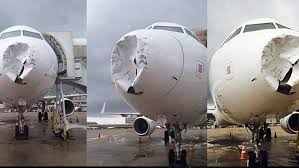 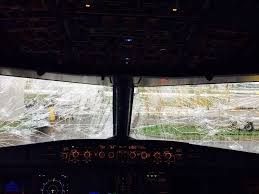 It was a very close call that ended well for a Brazilian TAM Airlines flight earlier this month.

Flight JJ 3307 took off from GIG en route to NAT 09FEB and climbed to approximately 18,000 ft. when the flight entered what has been described as a “cloud of hail.”

Local media Odia suggested that lightning damaged the A321’s weather radar, steering the flight into dangerous territory and leaving its pilots powerless to know what lay ahead.

Reports indicate that as the plane was turning back, a hail strike hit, cracking the plane’s 3-layered windscreen and crushing its nose. Dramatic photos reveal the sheer power of the thunderstorm.

Despite the drama, the flight was able to land safely within 40 min. Pax were no doubt shaken – especially when they saw the damage to the plane, but no injuries were reported.