YVR Is Next Stop For Iceland’s WOW Air 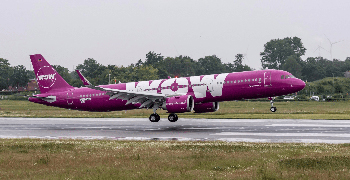 WOW air, Iceland’s ultra-low cost airline, is expanding its Canadian services by opening a new route in Vancouver. Starting JUN 2019, there will be six weekly flights out of Vancouver International Airport (YVR) with one-way fares to Reykjavik starting as low as $129.

Beginning today, Canadians can purchase their tickets, and get a head start on planning for their upcoming summer vacation! The route, operating with A321neo aircraft -- a first for YVR -- will connect Canadians travellers to New Delhi, Tel Aviv and other European destinations.

“We are delighted to expand our roster of destinations to include Canada’s west coast,” said Skúli Mogensen, CEO and founder of WOW air. “The new route in Vancouver is a testament to our commitment to pursue growth in North America, as well as connect more Canadian travellers to our growing list of overseas destinations.”

For Craig Richmond, President and CEO of Vancouver Airport Authority, the announcement is another step toward the airport’s goals.

“With the addition of WOW Airlines, we are well on our way to reaching our goal of 29 million passengers by 2020 and will have 57 airlines servicing the YVR community.”

The new route also includes a stopover in Reykjavik, where pax can stay for as long as they wish with the WOW Stopover. This option gives travellers the flexibility to break up the journey and discover the natural beauty that Iceland has to offer.

WOW air says the new service is made possible, in part, by YVR’s rates and charges program – ConnectYVR. The program provides a competitive rate structure and includes rates lower than any other major airport in Canada and competing US airports.