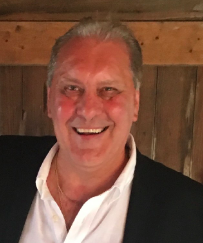 UNIGLOBE Travel (Eastern Canada) has announced the appointment of Dean Dacko to the position of regional president of the UNIGLOBE Eastern Canada region, effective immediately.

In his new role, Dacko will be “directly responsible for the continued growth and success of the region with a primary focus on new business development, brand marketing, and building relations with all stakeholders domestically and internationally,” according to a statement from the company.

“Dean adds a wealth of experience to the Eastern Canada regional team,” said Frank Dennis, president of UNIGLOBE Travel (Eastern Canada). “He brings with him an extensive background in the global travel industry, both in Canada and internationally.”

Dacko’s past roles include director of marketing for Air Canada Vacations, vice president of travel solutions for Carlson Marketing, and senior vice president, head of marketing and product for Malaysia Airlines, where he was responsible for the crisis management and business continuity programs for the airline during and after the MH370 and MH17 disasters. Most recently, he was the chief commercial officer at New Leaf Travel Company.

Dacko will be located at the UNIGLOBE Travel (Eastern Canada) headquarters in Mississauga, ON, and can be reached atddacko@uniglobe.ca