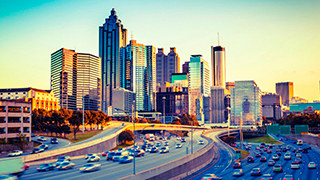 "Being able to access the world's busiest airport direct from Calgary is a strategic advantage that will allow our guests more access to the U.S. and connect to more places in the world," said Bob Sartor, Calgary Airport Authority's president and CEO. "We thank WestJet for this further investment and for providing another way to travel to and from Canada."

Starting 3MAR, 2019, WestJet will fly six times weekly between Calgary and Atlanta, moving to daily on 7APR, 2019. Out of Atlanta, together with codeshare partner Delta Airlines, WestJet will offer access to a variety of U.S. destinations, including the southeastern United States and Gulf Coast, and cities such as Memphis, Charleston, New Orleans, Savannah, Pensacola and Panama City.

Here is the full schedule: