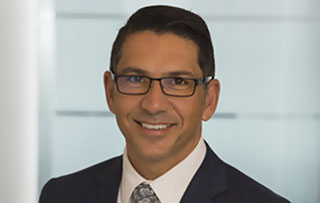 A new air services arrangement between the UK and Canada means millions of passengers will be able to enjoy the same access to transatlantic routes once the UK leaves the European Union.

UK Transport Secretary Chris Grayling announced the deal, which guarantees vital routes will remain in place post-Brexit. A similar agreement was reached with the U.S. a few days before.

“This new aviation agreement between the UK and Canada will further strengthen the strong economic and cultural bonds shared between our countries,” Grayling said.

"International cooperation is essential to a thriving economy and this latest arrangement continues to build momentum for the UK as we leave the EU and take a more prominent position on the world stage.”

Air Canada was quick to commend the two governments for putting the new framework in place.

"The U.K. is Air Canada's largest single international market. This agreement is important as it provides our airline, and the 2 million Air Canada customers we carry each year between the two countries, certainty that our operations will be uninterrupted by Brexit,” said Ferio Pugliese, AC’s SVP, Regional Markets and Government Relations. “We applaud both governments for their foresight in making advance preparations to ensure the stability of this vital market."