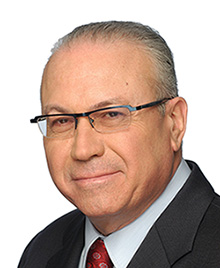 Transat A.T. Inc. says it is moving forward with its strategic plan, despite what can only be described as a challenging fourth quarter and year overall.

Excluding non-operating items, Transat reported adjusted net income of $16.9 million for the fourth quarter of 2018, compared with $46.4 million in 2017.

"In 2018, we also moved forward on all the initiatives in our strategic plan. This will allow us to achieve our long-term financial objectives, despite a disappointing quarter and year, particularly due to the sharp increase in aircraft fuel prices in the spring,” said Jean-Marc Eustache, President and CEO.

"We are very pleased to have completed the acquisition of our first parcel of land in Puerto Morelos, Mexico. This is a major step in the development of our hotel division,"

Transat posted revenues of $3.0 billion for the full fiscal year. Of that number, direct sales topped $1 billion for the first time. Operations generated an operating loss of $44.6 million, compared with an operating income of $34.7 million in 2017. Operating income in 2017 included $19.1 million from the operations of the wholly owned Jonview subsidiary and the minority interest in Ocean Hotels.

Looking ahead to winter, in the sun destinations market Transat's capacity is higher by 2% than the previous year. To date, 52% of that capacity has been sold, bookings are ahead by 5.6%, and load factors are 3.8% higher compared with 2018.

The company says the impact of fluctuations in the Canadian dollar, combined with increased fuel costs, will result in a 3.4% increase in operating expenses if the dollar against the U.S. dollar and aircraft fuel prices remain stable. Margins are currently at similar levels compared with the same date last year.

In the transatlantic market, where it is low season, load factors are tracking 9% higher than last winter. Prices are currently down 3.3% from the same date last year.