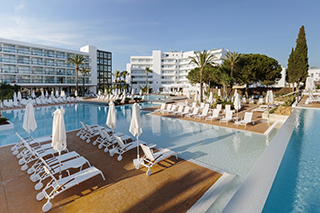 Apple Leisure Group (ALG) has announced the signing of an agreement to purchase a majority share in Alua Hotels & Resorts. Following the deal’s closing, the Spanish hotel chain, which was founded in 2015, will be integrated into ALG's European division.

According to a statement from the company, the transaction will provide ALG with the structure and capacity to manage hotel properties in Europe, and when combined with the strategic agreements the group has already signed, will translate into opportunities for additional growth. Likewise, following its integration into ALG, Alua will become the American group’s hotel brand of reference for the mid-market sector, both in Europe and globally.

“The addition of Alua Hotels & Resorts to Apple Leisure Group’s portfolio is a true testament to our strong commitment to growing our company footprint in Spain,” said Alex Zozaya, CEO of Apple Leisure Group. “This acquisition is just the beginning of ALG’s European expansion plans and future contributions to the market’s burgeoning tourism sector.”

Under the agreement, ALG will now manage 16 properties and more than 4,000 rooms in Spain, which is in line with the company’s strategic plan aimed at establishing a strong presence in popular tourist destinations across the Mediterranean.

Javier Águila, CEO of Alua Hotels & Resorts, will assume the role of president of Apple Leisure Group Europe and will join the executive committee of the U.S. based parent company, while Jordi de las Moras will continue as managing director of the European division.

“With this agreement, we take another step in our international growth strategy,” said Javier Coll, executive vice president and chief strategy officer of ALG. “Acquiring Alua Hotels & Resorts allows us to expand on the strategic agreement that we already have with Hesperia by giving us the ability to offer not only sales and branding services, but also operations management to both owners and investors, as we already do in the Americas. At the same time, we are adding a brand in a strategic segment for us, which we will work to grow in both the Americas and Europe.”