Howard Eng To Retire Next Year After Strong Run At YYZ 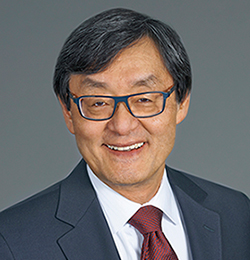 The Board of Directors of the Greater Toronto Airports Authority (GTAA) have announced that GTAA President and CEO Howard Eng will retire in 2020 after 40 successful years as an airport executive, culminating with eight years at the helm of Canada's largest airport.

"Howard has indicated to the Board that he will be retiring in 2020," said David Wilson, Chair of the Board of Directors. "He has not only led Toronto Pearson to new heights, both in terms of our worldwide connectivity and the service that we provide to our valued passengers, but he has also fostered a business-like atmosphere with customers, which in turn has contributed to the airport's strong performance.”

According to the GTAA Board, under Eng's leadership, Toronto Pearson has experienced unprecedented levels of growth, passenger service, and financial sustainability.

Since assuming the role of CEO in 2012, total traffic at Toronto Pearson has grown by 15 million passengers. Today, Toronto Pearson is recognized by Airports Council International as the best large airport in North America for passenger experience.

YYZ has also emerged as a global mega hub, joining the ranks of the top 30 international airports worldwide based on passenger numbers, and is ranked the fifth-most internationally connected airport in the world according to Official Aviation Guide's (OAG) "Megahubs International Index 2018."

Eng's vision for a region better connected both locally and to the world has resulted in improved collaboration among airports in Southern Ontario to manage forecasted demand for air service. He is also recognized for his work to connect the airport on the ground to the Greater Toronto Area through better transit.

Prior to joining the GTAA, Eng served as Executive Director, Airport Operations at Hong Kong International Airport (HKIA). During his 17-year tenure as a member of the senior management team, HKIA became one of the world's largest international hubs and won more than 40 Best Airport awards.

The GTAA Board has initiated the succession planning process to replace Eng and plans to conduct an international search, considering both internal and external candidates for the role.