Louise Gardiner Retires From CWT After 40 Years In The Industry 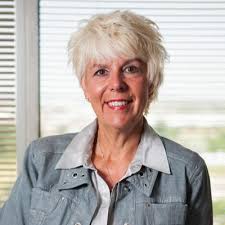 “Forty years ago I entered the travel industry as a bookkeeper for the Ernie Meissner Travel Group in Kitchener...over the years I became Vice President and affiliated with Amex, Giants(Ensemble), Rider and eventually CWT as the 10th Associate in the group.

We sold to Tripcentral in 2002 and I became their VP. In 2004 I joined the Executive Leadership Team at CWT Head Office. Over the past 15 years I’ve overseen the Canadian Associate Division, the Canadian company-owned network, the Marketing and Supplier Management division and the North American Leisure Technology web and intranet networks.”

It’s been quite the ride and I’m very thankful to all the individuals who supported me over the many years. I’ve worked with some spectacular leaders, team and industry members,” Gardiner wrote.

“And now it’s time to move on to another phase in my life....focusing on my Rotary, ACTA and TICO board commitments and on my dear husband Graham who has successfully lived through a double lung transplant....we have many adventures ahead and I look forward to sharing them with you! 2019 is going to be a spectacular year!”