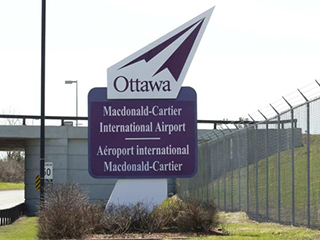 A record 5,110,801 passengers travelled through Ottawa International Airport last year, a 5.6% increase over 2017. The milestone was officially reached on 23DEC.

"Five million passengers is an important milestone for the Ottawa International Airport, and for the City of Ottawa. The distinction puts YOW in the next class of airport in terms of size, but more importantly, confirms that the local economy is doing well," said Mark Laroche, President and CEO of the Ottawa International Airport Authority (OIAA).

“We are also grateful to all of the passengers, airport employees, airline partners and other stakeholders who not only chose to fly YOW, but contributed to this achievement."

In 2018, YOW saw a large increase in domestic flights, international traffic and transborder frequencies with mid-day service introduced on several key routes, all factors that the airport authority says played a role in helping YOW reach its milestone.