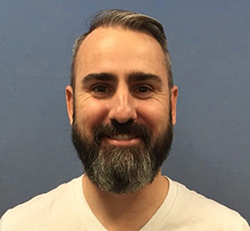 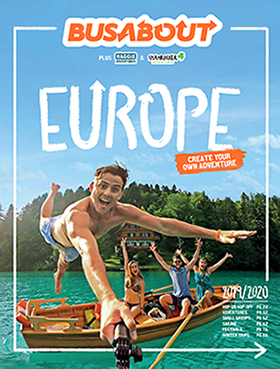 Busabout, the popular hop-on hop-off coach service that offers travellers as much or as little structure and support as they want, is expanding with a new product launch and destination offering for 2019.

For the first time, Busabout will offer its classic coach network on this side of the pond with the launch of a hop-on, hop-off network which provides unlimited travel between eight stops on the U.S. west coast.

The Travel Corporation-owned company’s original hop-on hop-off service, launched in 1998, has grown to connect 38 cities across 14 countries in Europe. As in Europe, the U.S. circuit will see a coach pass through each of the cities on the itinerary every two days and travellers can hop on or hop off the network as many times as they want throughout the duration of their pass. Pass increments include two weeks, one month, two months, an unlimited pass or, for the first time this year, a standalone one-week pass.

All coaches have a guide on-board to offer as little or as much support as the passenger needs. The guides are a fountain of knowledge about each of the cities on the hop-on hop-off network and share the history of places as they come to new countries or cities, suggest activities and events worth a visit and provide general tips and support to passengers.

For travellers who want a deeper dive into a destination, Busabout is also introducing Small Group Adventures in both Europe and the U.S.. In groups of 20 travellers or less, the seven new itineraries, lasting from seven to 14 days, include a dedicated guide, all accommodation, some meals and plenty of free time.

“We’re still offering the same wonderful essence of what Busabout’s all about -- which is a social element of people coming around and vacationing together -- but the Small Group Adventures have a slightly longer time in each destinations,” says Bennett. “They feature heavy-hitter cities – the Romes, the Venices and Parises that people are familiar with – but there are a lot more off-the-beaten-track type of places as well.”

Always looking ahead, Busabout is regularly adding to its packages and offerings, including several new Asia adventures launching this year.

When selling Busabout service, travel professionals are advised to book multiple packages. According to Bennett, one third of Busabout passengers book multiple trips, for example a hop-on-hop-off pass along with a Small Group Adventure Product.

“The Busabout product is designed to be linked together,” Bennett says. “The big tip that we have for travel agents is to have a look at our hop-on, hop-off network and see what connects to it so that when they have passengers who are travelling through those cities, they can upsell or promote multiple products because that’s what we see our passengers actually gravitating towards.”