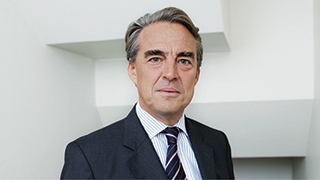 IATA’s global passenger traffic results for 2018 show that demand rose by a healthy 6.5% compared to the previous year.

Although this was a slowdown compared 2017’s increase of 8%, it was another year of above-trend growth. Capacity rose 6.1% in 2018, but those new seats were comfortably absorbed, with load factor reaching a record 81.9%.

“2018 was another year of strong passenger demand, as aviation continued to support the global economy,” said Alexandre de Juniac, IATA’s Director General and CEO. “We expect similar, if somewhat moderating performance in 2019. Nevertheless, slowing growth in the second half of 2018, coupled with concerns over issues including Brexit and US-China trade tensions, are creating some uncertainty to this positive outlook.”

In North America, airlines had their strongest demand growth since 2011, with full-year traffic rising 5% compared to 2017, an increase from 4.7% the year before.

Despite the growth, IATA notes that demand growth slackened noticeably in the last two quarters of 2018 and attributes the downtrend to increasing concerns over the US economic outlook and trade tensions with China.

Capacity with North American airlines climbed 3.7%, and load factor edged up slightly to 82.6%.