On Location: 2019 Dubbed ‘The Year Of Experiences’ For Saint Lucia 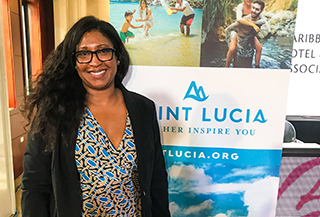 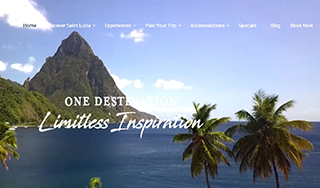 On 4FEB, Saint Lucia launched a revamped website, www.stlucia.org, that is simplified and more user-friendly. Visit the "Experiences" tab to see a list of all the island's festivals and events.

Between Saint Lucia’s annual event lineup and this year’s special festivities for the island’s 40th Anniversary of Independence, it’s clear why the Saint Lucia Tourism Authority (SLTA) dubbed 2019 as the ‘Year of Experiences.’

“In turning 40, obviously we wanted to do a phenomenal job with this, so we have a number of wonderful things we’re doing for our Independence,” said Tiffany Howard, CEO of the SLTA, at the 2019 Caribbean Hotel & Tourism Association Marketplace (CHTA), held in Jamaica on 30-31JAN.

The island has a series of events programmed throughout the year, including: Wellness Month in NOV with health-centered activities happening throughout the island; the Soleil Saint Lucia Food & Rum festival from 19-22SEP; and the Soleil Saint Lucia Roots & Soul Fest on 23-25AUG, where, in theme with the island’s 40th anniversary, English reggae and pop band UB40 will perform.

Saint Lucia’s vibrant jazz festival, held annually since 1992, is known and acclaimed, and this year, for the first time, the Saint Lucia Jazz Festival will be created in collaboration with Jazz at Lincoln Center.

The 2019 Jazz Festival Produced in Collaboration with Jazz at Lincoln Center, from 5MAY to 12MAY, will bring the event back to the basics with pure, intimate jazz in several locations across the island. Award-winning jazz singer-songwriter Gregory Porter and Grammy-nominee Ledisi are headlining artists for the event, but the lineup includes a long list of world-class performers.

“Not only are we blessed with Wynton Marsalis being involved in our event and his entire team at Jazz at Lincoln Center,” said Howard, referring to the managing and artistic director of the orchestra, “but it means that we are programming a very sophisticated, very premium jazz event for the island. As you know, we do events very well and for many years, many people knew jazz in Saint Lucia but that had evolved into a music event more than a jazz event. What we think we’ve done now is really returned it to its roots as a very sophisticated jazz event.”

The festival is also an opportunity for Saint Lucia to show off its local musicians with an artists-in-residence program.

“That means they’re not just going to be performing at the festival, but they’re going to be all over the island doing things at restaurant and hotel pop-ups. This collaboration allows us to give our Saint Lucian musicians a place to showcase as well. A number of them are going to be given the opportunity to actually come, learn and perform at Jazz at Lincoln Center itself, so the collaboration is so much more than just the actual jazz festival -- its literally a full-on partnership with them,” said Howard.

Apart from the events, festivals and experiences to enjoy in Saint Lucia throughout the year, the small island has proven once again that it is the authority on honeymooning.