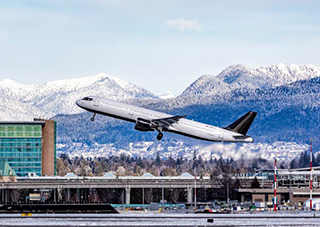 Canada Jetlines Ltd. has chosen YVR as its home airport and primary base of operations when it begins flight operations targeted for later this year. All airport slots needed for the ULCC to operate its first two Airbus A320 aircraft will be available.

Jetlines says YVR was its airport of choice due to it being the busiest airport in B.C. and the second busiest in Canada, serving more than 25.9 million passengers in 2018. Vancouver International Airport also has the largest catchment area, with 2.5 million people living less than 30 minutes away.

Beyond location and facilities, Jetlines says it was attracted to YVR’s competitive rates and charges. The airport’s ConnectYVR program provides airlines a standard rate structure for landing and terminal fees. This program rewards airlines for efficiency and growing their services at YVR, providing further incentive for Jetlines to build its base of operations there.

Canada Jetlines has plans to operate flights across Canada and provide non-stop service from Canada to the U.S., Mexico and the Caribbean.