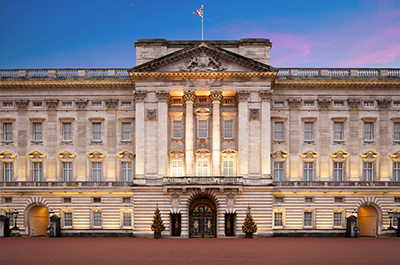 Fans of the Netflix series, The Crown, can now get a close-up view through a new private chaffeur tour in London with Evan Evans, a Travel Corporation brand that specializes in day trips to Britain’s most iconic locations.

‘The Crown’ Film Locations: London is a half-day (five-hour) tour that takes guests to the London-based locations that feature in the hit series. Clients will visit Southwark Cathedral and The Old Royal Naval College, the backdrop to the scene where King George VI’s funeral was held prior to Elizabeth being crowned Queen, and the location for the courtyard at Buckingham Palace, respectively. They will also explore Lancaster House, which provided many of the settings for Buckingham Palace, and The Lyceum Theatre’s dramatic façade which was used for the gala scene with The Queen and Prince Phillip adorned in tiara and tux.

Travelling in a Mercedes E-Class for 1-3 guests, the private five-hour tour costs £866. For a Mercedes V-Class, which can accommodate 4-6 guests, the tour costs £953. A professional tour guide and a central London pick up and drop off are included in the price. Bespoke tours are available via the dedicated Evan Evans concierge team, and a choice of motor vehicles, including the Jaguar XF and a vintage collection, are also offered on request.