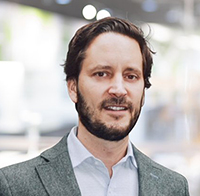 Canada Jetlines says it will offer direct flights from Aéroport Montréal Saint-Hubert Longueuil (YHU) to several cities in Canada including cities in Quebec, as well as U.S. destinations including Florida and New York.

The airport is being expanded as part of a plan to position itself as a low-cost facility serving the Montérégie region of Quebec and Montréal. The airport’s location is actually closer to Montréal’s business and leisure core than YUL.

YHU is expected to be able to support ULCC airlines like Jetlines as early as the end of next year. It recently upgraded its runway, a project that received support from the federal government, which injected $13 million into the project. Montreal Saint-Hubert also has plans to build a new passenger terminal building.

“We are thrilled to announce routes we plan to fly in the future,” said Jetlines CEO Javier Suarez.  “We fully support the airport’s vision of building a low-cost secondary airport for the Montréal region, and we are looking forward to delivering ultra-low fares to our passengers.”

Jane Foyle, General Manager of DASH-L, the non-profit organization that manages the airport, used the Jetlines announcement to amplify its call for changes in the agreements that govern its activities.

“This announcement certainly validates our request to Minister Garneau for assistance regarding Canadian Air Transport Security Authority (CATSA) services and the need to re-examine government agreements signed decades ago that currently limit our access to these markets. We are currently examining the use of a temporary facility so that we may accelerate this service offering.”