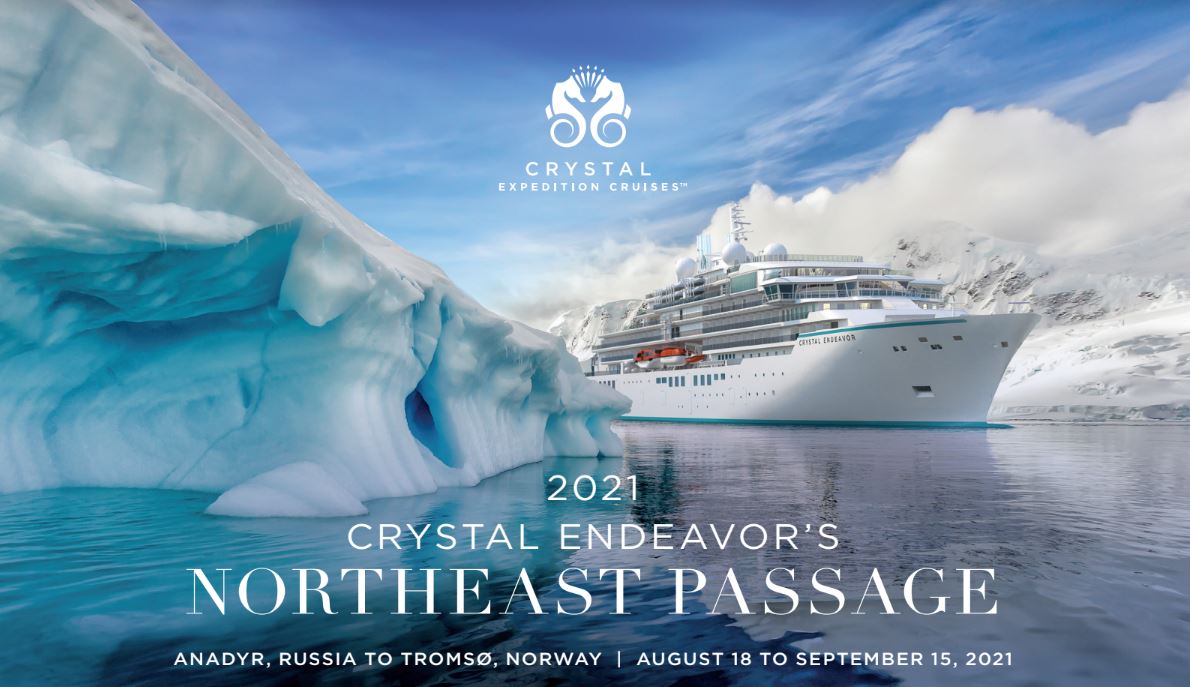 Setting sail from Anadyr, Russia, guests aboard the 28-night Northern Passage expedition will visit some of the world’s most remote islands, archipelagos and coastlines before ending in Tromso, Norway, all in Endeavor’s luxurious comfort.

Each of Endeavor’s 200 suites are butler-serviced and guests have access to a full-service salon, spa and fitness centre. The onboard dining options include Michelin-inspired Umi Uma & Sushi Bar by world-class master chef Nobuyuki "Nobu" Matsuhisa.

In speaking to the ship’s technical features, Tom Wolber, president & CEO of Crystal says: “The Northeast Passage is precisely the type of bold expedition for which Crystal Endeavor is designed, with her PC6 designation and ability to maneuver through medium first-year ice, as well as offshore dynamic positioning, zodiacs and virtually all other gear necessary for such intrepid exploration.”

Highlights of the Northeast Passage voyage include:

The cruise line was the first luxury cruise ship to transit the fabled Northwest Passage in 2016 and then again in 2017, both voyages aboard Crystal Serenity.

Crystal Endeavor is currently being built at a shipyard in Germany. Her maiden voyage, a 17-night round-trip expedition to Russia’s Far East, is set to sail on 10AUG 2020 from Tokyo.