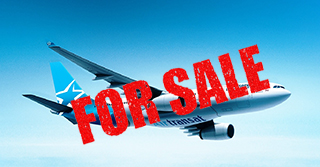 Air Canada, Air Transat and WestJet all announced last week that they will request shareholder approval to amend the Canada Transportation Act (CTA) to increase the permitted level of foreign ownership of each company.

Currently, a maximum of 25% of the voting shares can be controlled by a non-Canadian entity. The amendments to the CTA propose to increase the permitted level of foreign ownership of Canadian air carriers to 49%. The move is designed to attract more foreign investment and encourage growth in the aviation sector.

The proposed amendment is subject to shareholder approval and approval of the Superior Court of Québec.

In a statement, Transat has said it will discuss the proposal with its shareholders at a meeting on 30APR 2019.

Chorus Aviation Inc., which operates Jazz Aviation LP and Air Canada Express under a capacity purchase agreement with AC, has also announced that it will be requesting an increase to the permitted level of foreign ownership in the company.