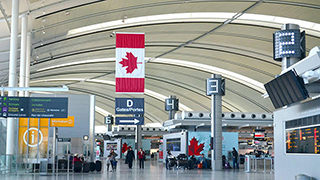 The Trudeau government has been considering privatizing Canada’s eight largest airports, but while the idea is certainly attractive in terms of public finances, the prospect has been strongly criticized by different stakeholders, from airlines worried about user fee increases to certain airport authorities who see no benefits for the country.

A study by the HEC Montréal business school on the potential impact of this change for Canada concluded that privatizing Canadian airports would not lead to any significant productivity gains.

According to Jacques Roy, a professor at HEC Montréal and the author of the study, privatizing airports is an increasingly popular phenomenon, making it easier to understand the issues and assess the benefits and drawbacks.

By analyzing the impact of different governance models at airports around the world, he found that privatization does not guarantee more efficient and effective management.

"Based on data from the Air Transport Research Society, which compares the performance of 206 airports and 24 airport groups, we can see that public-sector airports have productivity indicators comparable with those of airports owned entirely or in part by private interests," he notes. "Looking at these results, it's hard to claim that private-sector governance would help boost productivity, especially since it is often the best-performing airports that get privatized."

In fact, results show that government-owned airports have been successful in investing in airports, having funnelled close to $20 billion over the past 20 years to improve infrastructure.

“It's not clear that private, for-profit airports would have done better – in fact, the opposite is possible," he says.

Roy says he prefers that the federal government remain the owner of Canada’s major airports, but adds that in the short term, it would be wise to review regulatory and monitoring mechanisms to ensure they remain functional and competitive, noting that Australia has an interesting model, as its largest airports are overseen by an organization that monitors prices and service levels.