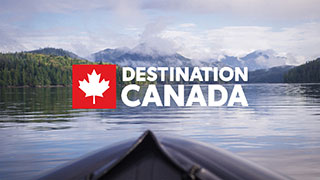 Canada welcomed a record 21.13 million travellers in 2018, reports Destination Canada, showing an upward trend for the second consecutive year and breaking the 21 million mark for the first time ever.

Overnight arrivals to Canada from countries other than the U.S. reached an all-time high of 6.7 million in 2018, representing 32% of the total arrivals. Overseas tourists typically stay in Canada longer and spend more, benefiting tourism businesses in communities across Canada and the overall economy.

Destination Canada credits the record-breaking year to its own marketing efforts, increased airlift, and the Government of Canada’s recent visa changes for priority markets.

The government’s Electronic Travel Authorization (eTA), which came online in 2016, and additional visa application centres in China, Canada's third largest source market, facilitate travel to Canada. New flight routes have increased capacity by 6% over 2017 to the highest level ever, representing an additional two million seats on flights to Canada.

The Destination Canada report showed that arrivals from China, France, Mexico – each increasing between 5% and 6% over 2017 -- as well as India – increasing by 15% - set new records for arrivals to Canada.