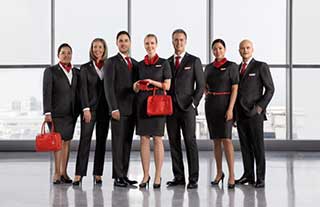 "Air Canada insiders are shedding light on the airline's controversial policy of overselling flights -- revealing what they say is a widespread practice of "duping" passengers into believing they have seats on planes when they don't."

In an email to CBC News, AC spokesperson Angela Mah disagreed with many of the allegations made by the unidentified pair of current and former Air Canada employees, and dismissed the impact of overselling.

"Overselling ... accounts for less than 1% of passengers booked," wrote Mah, explaining that the airline flew approximately 51 million customers in 2017/18.

CBC points out that 1% would amount to over half a million tickets oversold annually, but Mah says only a fraction of that number results in customers being denied boarding because "several million customers per year no-show."

The online petition was created by AC employees Amber Rowland and Maria Kolokotronis. It is titled: "CBC STORY on Air Canada/Sign if your Training Never Included Lying to our Customers."

"Air Canada employees have been branded as trained liars by the CBC Story, based simply on two disgruntled employees (one an ex-employee). Stand up to the shocking false reporting to reclaim your pride and integrity in your career with Air Canada. Denounce the CBC story that says we intentionally lie to gated or standby passengers on our flights. Shame on the CBC! We demand an apology from the CBC on behalf of all the honest hard working Air Canada employees that do their best to serve our customers with respect and care on a daily basis!" 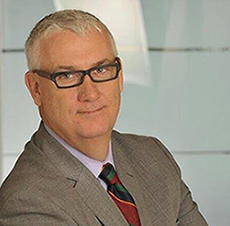 Duncan Bureau, President of Air Canada Rouge, told Open Jaw: "The employees of Air Canada are standing up to the lack of credible and quality journalism as it relates to the airline produced by the CBC."

"With this employee-led petition we are calling on the CBC to treat our team fairly and with the respect they have earned as one of this country's most distinctive brands."

Bureau continues: "Air Canada is a global brand that every Canadian can be proud of. For over 80 years we have brought the world to Canada and taken Canadiens around the globe. The Canadian economy has been fueled by Air Canada in terms of economic growth, cultural exchange, education and tourism."

Bashing Air Canada has been something of a national sport for decades, despite the fact that it's a much different airline today that it was in the last quarter of the 20th-century. The CBC News print story had close to 800 comments – most of them negative to the airline -- before commenting was closed.

The petition also features many comments – or "reasons for signing" – and features many current employees denying that they are instructed to lie to passengers.

Victor Kashiwara - March 5, 2019 @ 01:34
As some background, I started my airline career in 1980 with CP Air when they were, dare I say, a well-loved airline. Since then, CP, Wardair and PW were not able to continue operations and were, in effect, "absorbed" by AC to expand their routes, service levels and international presence. Other start-ups have come and gone and WestJet remains the other Canadian airline of record. Their initial "down-home, Western hospitality" approach to their favourable domestic routes won over many Canadian traveler hearts and loyalty. Their strengths were rooted in the Canadian domestic market. Now they are expanding domestically and internationally. Although it's, arguably, an fair comparison but this "outgrowing their own britches" expansion is exactly what began the demise of Pacific Western Airlines. While I'm certain the powers and experts at WestJet have analysed and anticipated any pitfalls of such aggressive growth, it begs the long standing question: Can the Canadian travel market sustain 2 major airlines? We all know that AC, as Canada's flag carrier, will continue to be in the best position to leverage their airline connections and perceived government clout to endure ad infinitum while they battle in-house to improve service levels across the board. Can WestJet complete at this level?
As far as AC-bashing is concerned, much stems from the lack of choice afforded regular business travelers. On the prime business routes within the major corporate centres of Canada, AC has the lion's share. People, simply, like to complain ... it is in our human nature (well, for many) and the grass, proverbially, is always greener on the other side of the fence. These complainers are only wishing they had a fence and which grass to choose.
To summarise, the CBC report was ill-researched and presented in haste. As consumers, we have to remember that front-line employees are there to do their best to ensure customer satisfaction and to reflect a positive corporate image and spirit of their employer. Despite the company's expectations and our hopes, they do not always succeed. A few bad apples can taint a barrel but it doesn't mean the crop is lost.
The travel industry in Canada remains a valued necessity and great contributor to our economy for dollars and employment. It is increasingly prevalent that the expectations in this empowered consumer era have become disportionate to what is practical in reality.
In closing, travel agents can play a major part in educating our clients on the practical realities of travel in Canada and beyond. We can help by not feeding negative preconceptions but, rather, by trying to turn that frown upside-down and reflect a positive outlook towards their travel plans.
Thank you & very best regards!