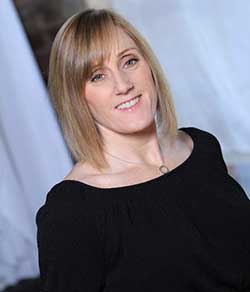 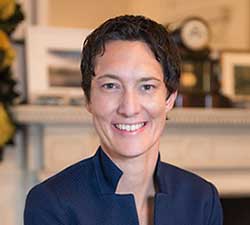 Gender equality isn't a luxury at Luxury Gold and Insight Vacations, says CEO Ulla Hefel Böhler – it's a part of a culture that extends throughout its entire parent company, The Travel Corporation (TTC).

In fact, 70% of the companies' global workforce is female while 64% of leadership positions are held by women. By industry standards, that's an impressive number.

Böhler is a globetrotter, polyglot, wife, mother of two boys and... CEO of Insight Vacations and Luxury Gold.

Speaking to Open Jaw from her home base in Zurich, Switzerland, she highlighted how a balanced world equals a better workplace.

"We never hire based on gender. It's always about having the right person for the role, never about your gender or nationality," she says. "The best talent wins and I don't care if they are a male or female. There are so many examples of successful women. It's so open across our brand."

It's a dynamic landscape that Böhler says hasn't always been the reality.

"There was a time when you would look around at an industry function and there wouldn't be a single other woman. Today, it's changing more and more," she says. "We're maybe not completely there yet as an industry, but the landscape is changing. There is also more opportunity for women and women are speaking up more."

Here in Canada, an impressive 80% of high-level positions at Luxury Gold and Insight Vacations are occupied by women.

Carla Brake, VP Sales in Toronto – who will celebrate 11 years with the company next week – echoes the philosophy that contracts and positions are awarded based on merit, nothing else.

With more than 20 years in the travel industry, she says she has noticed a meaningful shift in the gender gap throughout the years.

"Back when I first started in this industry, you did see a big gender gap in the junior versus senior roles and it was really male-dominated, but I think that's really changed. I never felt any pushback because I was female. It just looked like I was the right person for the role. Within our company, we focus on the talent and the right person and the right fit for our company culture," she says, adding that she has six sales managers working under her – three men and three women.

"I think it's very powerful that as a brand, women feel really comfortable travelling with Insight Vacations and Luxury Gold," she says.

Böhler has worked in various positions at TTC throughout her 15-year tenure with the company, but to reach CEO rank, all it took was hard work, perseverance and focus.

A degree in Economics and Management in Tourism Services gave her the educational background to start her career. In her early days, she spent summers working in various positions with hotels and cruise lines.

"You just have to have a good head on your shoulders, the right education and the right attitude. You need the right mindset, be passionate about what you do, and deliver," she advises. "Be confident and be yourself. If you really want to do something, go for it."

A particular point of pride for Böhler is that she managed to combine both career and family – without having to sacrifice any part of either journey.

"Don't let anyone hold you back or tell you that you cannot combine family and career, if that's something you want. If it's not, that's the beauty nowadays, that there's so many options and it's up to the individual to make their choices," she says.

Expanding the philosophy to a global scale, the Insight Cares and Luxury Gold Cares programs work with the TreadRight Foundation to enrich travel experiences by engaging with local communities, protecting and conserving wildlife and the environment, and empowering local women.

The newest project, the Iraq Al-Amir Women's Cooperative in Jordan, is focused on helping local women find employment and live independently. Customers travelling through Jordan get a chance to interact with the women working at the co-op there and experience first-hand the project they're working on.

"It's such a powerful visit," says Böhler. "It's a human connection, it's travelling for a deeper, richer experience, and for the women we're supporting..