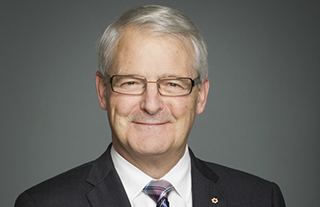 The airline industry and safety regulators around the world are split between waiting to find out what caused the second Boeing 737 MAX 8 crash in five months and taking action out of a sense of caution.

Concern that the two crashes may be linked has led operators and regulators to ground about a third of the in-service 737 MAX 8 fleet while investigators work to either prove a connection between the two accidents or calm fears.

It is hoped answers will come quickly, after Ethiopian state TV reported yesterday that the black box from flight ET302 has been recovered by investigators.

Federal Transport Minister Marc Garneau says he believes the plane is safe and it is premature to consider grounding the aircraft. “This plane has millions of miles of flying,” he said. “If I had to fly somewhere on that type of aircraft today, I would.”

Air Canada and WestJet reiterated confidence in the safety of the MAX 8. Of the current 350-strong global 737 MAX 8 fleet, AC operates 24, WS 13 and Sunwing Airlines four.

“We have extensive analytical data supporting the safety of these aircraft,” an Air Canada statement said. For its part, WestJet said it is "working with Boeing to ensure the continued safe operation of our MAX fleet."

"We have flown five different variants of the Boeing 737 since 1996, and the fleet currently operates around 450 safe daily B737 departures," WestJet spokesperson Morgan Bell said in a statement. "We are monitoring the situation closely and will not speculate on the cause of the incident."

The Air Canada Pilots Association, the union for Air Canada and Air Canada Rouge pilots, sent out a statement urging Transport Canada "to take proactive action to ensure the safety of the Canadian travelling public."

Meanwhile, the U.S. Federal Aviation Administration says it is pressing on with planned changes to Boeing 737 MAX aircraft stemming from the 2OCT Lion Air accident, but has not seen any evidence from Sunday’s crash to take additional steps, such as a fleet-wide grounding.

“External reports are drawing similarities between this accident and the Lion Air Flight 610 accident. However, this investigation has just begun and to date we have not been provided data to draw any conclusions or take any actions,” reads the FAA’s Continued Airworthiness Notification to the International Community.

Boeing said in a statement late Monday that in the aftermath of October’s incident, it has “been developing a flight control software enhancement for the 737 MAX, designed to make an already safe aircraft even safer.” The software upgrade “will be deployed across the 737 MAX fleet in the coming weeks,” it said.

One major question for airlines is how passengers will react to boarding a 737 MAX 8 in the wake of the crashes. Social media is full of comments from anxious flyers who want to avoid flying on the aircraft and are frustrated that Air Canada and WestJet have so far refused to implement a policy to allow changes without fees.

However, Rocky Racco, CEO of Toronto-based TTI Travel, told Open Jaw’s Anna Kroupina that his staff has not received pushback from clients travelling on a Boeing 737 MAX 8. But Racco noted it is too soon to tell whether concerns will emerge.

“Unfortunately or fortunately, travellers understand that these incidents are very serious and take note of them, but they also realize they happen very sporadically and there could potentially be something more to say about it,” he said.

Racco expressed confidence that airlines will exercise their due diligence in ensuring the utmost safety for passengers.

“Air Canada and WestJet and other Canadian-based carriers are extremely responsible and sensitive to these types of incidences and they would do everything in their power to safeguard the travellers. One of the most critical things that an airline can do is ensure safety -- that’s paramount because once consumers lose confidence in the safety of air travel, that would be extremely damaging to everyone.”