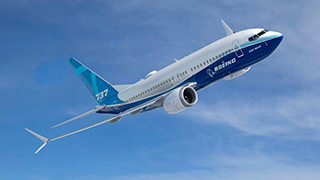 Following a second fatal crash of a Boeing 737 MAX 8 in less than five months, the UK civil aviation authority has banned all planes of that model from operating in or over its airspace.

A spokesman for the UK CAA said:

“As we do not currently have sufficient information from the flight data recorder we have, as a precautionary measure, issued instructions to stop any commercial passenger flights from any operator arriving, departing or overflying UK airspace.”

There are five 737 Max aircraft registered and operational in the UK. A sixth is planned to commence operations later this week.

China, Indonesia, Malaysia, Singapore and Australia are among nations that have temporarily grounded the planes, along with a growing list of airlines.

The stakes for Boeing are very high: Airlines have ordered 4,661 more of the planes — the newest version of the 737 and best-selling airliner ever. Some are already questioning whether public confidence in the aircraft can be restored.