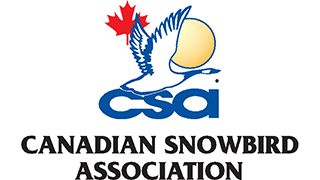 The Canadian Snowbird Association (CSA) reminds Canadian travellers that, in most cases, their health coverage does not follow them abroad – even though that’s actually a violation of the Canada Health Act.

Criterion 17.4 of the Canada Health Act stipulates that “the provinces and territories extend medically necessary hospital and physician coverage to their residents during temporary absences (business or vacation) from the province or territory.”

Most provinces, however, limit the reimbursement of the cost of emergency health services obtained outside Canada under their public health care insurance.  For this reason, Canadians are strongly encouraged to purchase private health care insurance to be covered while travelling abroad.

Only Canada’s northern territories and the province of Prince Edward Island are obeying the Canada Health Act’s requirement to provide portable universal health care for their citizens’ trips abroad, according to the CSA’s seventh edition of the Canadian Travellers' Report Card.

"Politicians of all stripes need to be reminded that the portability principle of the Canada Health Act, with a few notable exceptions, is not being met," said Karen Huestis, president of the Canadian Snowbird Association. "The busy winter travel season should remind all Canadians that the principles of universality and portability we expect from our health care system must now be supported by government action."

The report awarded Canada an average C+ grade when examining access to emergency care while travelling, how frequently Canadians may travel and still receive health coverage, travel supply policies of government prescription drug programs, accessibility of distance voting during elections, and the availability of clear government information on these services and policies.

The Northwest Territories scored the highest grade in Canada, at A-, while several provinces received a C+, the lowest national rating: Alberta, New Brunswick and Ontario.

More populous provinces such as British Columbia, Alberta and Québec provide only minimal coverage for their residents who have emergencies outside of Canada.

The Canadian Snowbird Association is a non-profit, non-partisan organization representing Canadian travellers from across the country.