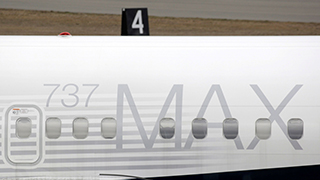 Citing new information, Transport Canada has announced that effective immediately, Canada is grounding all Boeing 737 MAX 8 aircraft and banning them from taking off, landing or overflying Canada.

Transport Minister Marc Garneau told a press conference that the new information suggests a possible link between the crash of Ethiopian Airlines ET302 with the Lion Air 737 MAX 8 crash five months. There were no survivors of either incident.

Garneau says that while not conclusive, satellite tracking data shows similarities between the two crashes "that exceed a certain threshold."