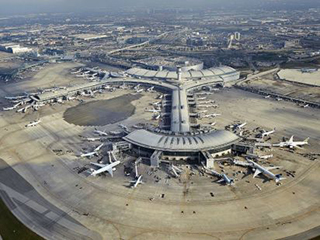 "As Toronto Pearson continues to evolve into one of the world's leading mega hubs, we are focused on careful planning and execution to ensure that the country and region can continue to count on Toronto Pearson for trade, tourism and economic growth,” said Howard Eng, President and Chief Executive Officer, Greater Toronto Airports Authority.

“In 2018, these efforts were again reflected in passenger traffic growth of 5.0% or higher for the fifth year in a row to a record 49.5 million passengers,” Eng added.

The CEO says the growing number of passengers are also reporting a higher level of satisfaction with the airport.

“We were honoured to be recognized by Airports Council International's Airport Service Quality program, for the second year in a row, as the Best Large Airport in North America for airports serving greater than 40 million passengers annually.  Additionally, Toronto Pearson's score of 4.45 is the highest passenger satisfaction score among airports serving greater than 40 million passengers annually in Africa, North and South America, Australia and Europe, highlighting our ongoing drive to respond to our passengers' needs."

The GTAA says additional frequencies on existing routes, upgauging of average aircraft size on existing frequencies, and the addition of new routes by existing air carriers have driven passenger growth in 2018.