Four Seasons Montreal Bumps Up Opening Date To 8MAY 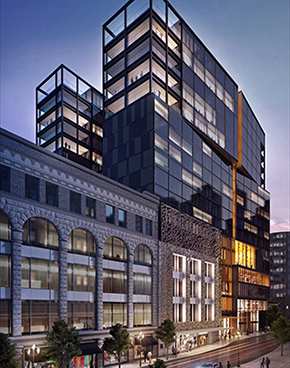 Four Seasons Hotel Montreal, the city’s newest luxury accommodation, will officially open on 8MAY, almost one month earlier than the initial announced date of 1JUN.

The third-floor lobby will host a “Social Square”, an open-concept series of spaces for mixing and mingling, and the hotel has direct indoor access to the newly opened Holt Renfrew Ogilvy.