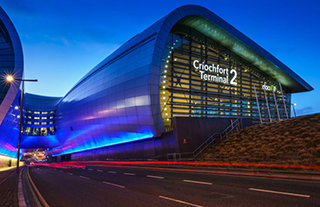 As the carrier with the most transatlantic flights from Halifax, WestJet’s first non-stop service between Halifax Stanfield International Airport and Dublin Airport took off today.

"Today's flight between these important tourism and business markets reinforces our commitment to investing in Halifax as an Atlantic gateway to Europe," said Arved von zur Muehlen, WestJet's Chief Commercial Officer. "WestJet continues to support the efforts of the government of Nova Scotia to enhance trade, tourism and grow economies in the province and the UK."

The airline began flying to Dublin, Ireland in 2015 and on 1JUN will bring one of its first three Dreamliner aircraft to the city with nonstop service from YYC.

The airline has served Halifax since 2003 and has seen 160% growth in flights to and from YHZ. This summer, the airline will operate non-stop service to 15 cities with an average of 28 departures per day from Halifax.