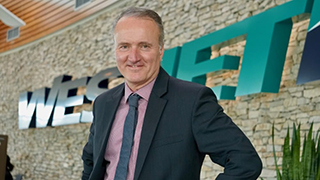 WestJet beat analyst expectations with its first quarter results for 2019, posting net earnings of $45.6 million – over 30% better than the $34.2 million reported in the first quarter of 2018.

"We remain confident in our strategic direction and continue to see positive trends as a result of our prudent growth and the strategic initiatives we are undertaking." said Ed Sims, WestJet President and CEO.

Sims says the airline continues to face challenges from the grounding of its Boeing 737 Max aircraft and soft demand at its discount subsidiary Swoop.

"For the last 18 days of March, our absolute revenue was adversely impacted, as we spent considerable effort re-accommodating thousands of disrupted guests," Sims said, referring to the impact of the grounding of the 737 Max aircraft.

The grounded planes will bite harder in Q2, with pax capacity reduced by up to 3% from APR-JUN. While Air Canada has extended leases on a half-dozen narrow-body jetliners and added long-term leases for six Airbus A321 jets picked up from Iceland's WOW Air, WS is relying on its existing fleet, extending just one 737 lease.

“Swoop was weaker than we expected and would have liked," he told a conference call with investment analysts. "Awareness is so low. It hasn't even had its first birthday yet."

"We are not giving up or worried about it," Taylor said.

The increased earnings came as WestJet saw both capacity, measured by available seat miles, and traffic, measured by revenue passenger miles, climb by 5.3% year-over-year. Load factor held steady at 84.8% in the quarter.