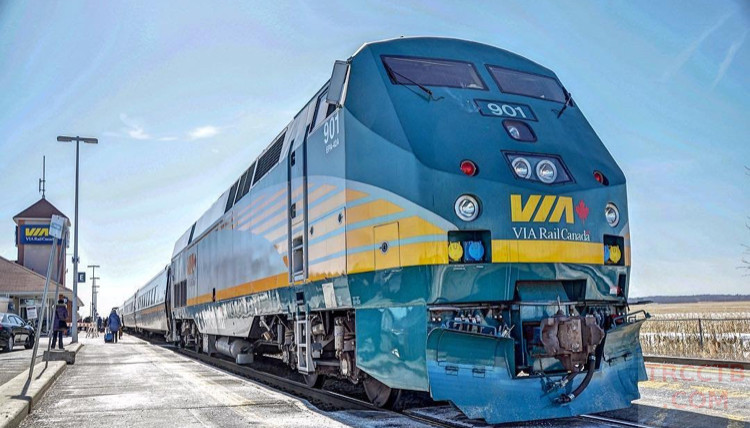 Riding a four-year upward trend in the number of travellers choosing the train, VIA Rail Canada has posted strong results for 2018. VIA carried 4.74 million travellers in 2018, an increase of 8% over 2017 and a 25% increase since 2014.

"While marking VIA Rail's 40th anniversary in 2018, we took enormous pride in our strong performance in terms of both revenue and ridership,” said VIA Rail Chair of the Board, Françoise Bertrand.

“We were also delighted with the Federal Government's decision to fund the replacement of our aging fleet with a brand new set of trains in the Québec City-Windsor corridor. We thank the Government of Canada for their trust in VIA Rail and for this historic investment in our sustainable future."

The vast majority of VIA Rail travellers are on the Quebec City-Windsor corridor. Of the total 4.74 million pax across the country, 4.5 million travelled on that corridor, up 9.3% over 2017. Revenues on corridor routes were up 11.9%.

"A fourth year in a row of growth in ridership and improvement in financial performance compared to 2014 is a great way to close out VIA Rail's 40thanniversary. It is also a testament to the growing popularity of intercity train travel and the dedication and commitment of our employees,” said VIA Rail President and Chief Executive Officer, Yves Desjardins-Siciliano.

“Thanks in large part to their efforts, the number of passenger miles travelled on VIA Rail has increased by 23% since 2014. The resulting increase in revenue combined with efficient cost management and economies of scale have helped the company reduce the cost of mobility on Canadian taxpayers by 15% (subsidy per passenger mile, excluding pension past service cost)."

Desjardins-Siciliano is winding up his time with VIA Rail. Cynthia Garneau will take over as President and CEO, effective 9MAY.

In December, VIA Rail announced that Siemens Canada was awarded a contract to build the 32 trainsets that will replace VIA Rail's fleet that operates in the Quebec City-Windsor Corridor.

Starting in 2022, VIA Rail passengers travelling in Canada's busiest rail corridor will enjoy a new era of brand-new trains, with more comfortable seats and more spaces for people with reduced mobility.

The Quebec City – Windsor corridor fleet replacement is part of VIA Rail's transformation plan for Canadian passenger rail service. This plan also includes renovating the rolling stock that operates on VIA Rail's long-distance routes. This renovation work represents an investment of approximately $154 million, undertaken by over 300 Canadian workers.