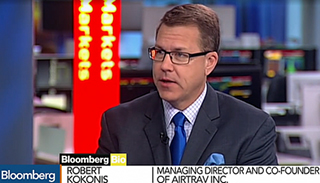 “It’s a win for shareholders, a win for WestJet and a win for travellers,” Kokonis told Open Jaw. “WestJet will continue to be a robust major competitor in this country.”

The 23-year-old carrier, which launched in 1996 with three used planes and 220 employees, has grown into a significant force in Canadian aviation. Where many others have flamed out, underdog WestJet has survived and mainly thrived.

Though still dwarfed by Air Canada on transborder and international routes, the airline now has a fleet of 184 planes (including subsidiaries) and a workforce of 14,000. Little more than five years ago it still had one brand, one cabin design, one fare type and a barebones loyalty program.

Over those few years WS has created a long list of interline and codeshare deals, expanded its frequent flyer program, added new, longer-range aircraft, launched transatlantic flights and created low-cost brand Swoop to fight for the budget end of the market. The pace of change has been dizzying and led some to worry if WestJet was biting off more than it could chew.

That sentiment has been reflected in WestJet share price -- from 2015 through the end of 2018, Air Canada stock more than doubled in value while WestJet shares fell 46%. On yesterday’s news, the stock jumped 60% in value. And if the Onex plan to take WestJet private is approved, as it likely will be, WS execs will no longer have to report quarterly results and defend them to investment analysts, giving breathing room to their lofty ambitions.

“With the financial strength of Onex, we could see an acceleration of global growth plans. Onex saw a tremendous opportunity and WestJet is now a player,” says Kokonis.

While some equity companies specialize in buying what they see as undervalued companies in hopes of turning them around and reselling for a quick profit, Kokonis doesn’t believe that’s the case with Onex, which has demonstrated patience with previous acquisitions.

“I don’t see it as a quick spin-off. In aviation, most costs are fixed over the medium term. A buyer has to be committed. Onex has tremendous strength.”

The shock announcement of the deal took everyone by surprise, including the Canadian retail travel community, which has certainly played a role in WestJet’s survival and success over the years.

“I see this as a positive move for WestJet,” said Zeina Gedeon, CEO of Travel Professionals International. “Onex is a professional and well-known company and they have bought several companies and the impact on the company and the economy has been tremendous. I think this will help WestJet achieve its full potential.”

Rocky Racco, CEO of TTI Travel, confessed that his first thoughts about an equity firm buying WestJet were that it would seek to maximize the value of the acquired assets and get out.

“That being said, I am confident that Onex will come to realize the important role the travel agency distribution model has in ensuring Westjet's success,” Racco told Open Jaw. “I also believe the best interest of the consumer will be taken into consideration by the various regulatory offices that are responsible to do so.”

Dean Dacko, Regional President for Uniglobe Travel (Eastern Canada) says he sees no short-term impact on relations between WestJet and the trade. “Long-term depends on strategic business direction,” he said.

Another intriguing bit of speculation in the wake of yesterday’s announcement is the potential for Onex to acquire Transat as a complement to WestJet. Desjardins Securities analyst Benoit Poirier said in a research note that this is a much more likely scenario with Onex at the helm, thanks to and its deep pockets and privately held status.

“We believe it would be easier for WestJet to acquire Transat once the company is integrated within Onex, as unlocking Transat’s full potential could take a few years (3-5 years) — which might be less suited for a public entity,” Poirier wrote.

While the days of WestJetters being ‘owners’ of the company will come to an end with the approval of the Onex deal, many of them will walk away with a significant chunk of change. Kokonis sees that as a happy ending to WestJet’s formative years.

“A lot of WestJetters will see a nice return on their investment. It’s good to see some money going into the pockets of average workers.”