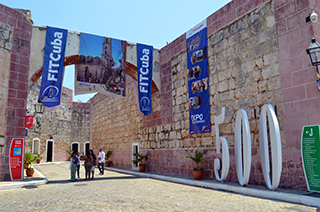 The 39th edition of the FITCuba fair was held in Havana at the historic San Carlos de la Cabaña Fortress. 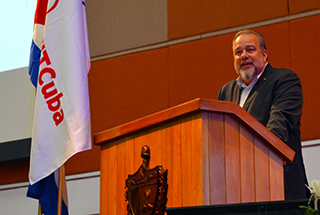 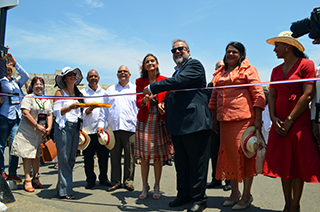 Just as the vibrant, vintage city is celebrating 500 years since its founding, FITCuba 2019 descended on Cuba’s capital, drawing more than 2,000 participants from 40 different countries to Havana.


The 39th edition of Cuba’s largest tourism trade fair had its official opening on 7MAY with ministerial addresses at the Havana Convention Centre, followed by a ribbon cutting at San Carlos de la Cabaña Fortress, the historic 18th century building.Spain – bound to Cuba by history, culture and heritage -- was featured as this year’s guest country of honour, and MICE travel was the highlighted sector for the weeklong event.“We have many Spanish tourism companies in Cuba which promote the Cuban economy,” said Maria Reyes Maroto Illera, the Minister of Industry, Commerce and Tourism of Spain, during her opening remarks. “They are expanding and want to stay for the long-term throughout the changes going on in the Cuban tourism model.”According to  Cuban Tourism Minister Manuel Marrero Cruz, the tradeshow – which took place from 7-11MAY -- was the largest ever in terms of participating buyers and exhibitors from different countries. Marrero added that 198 reporters from 34 foreign countries were in Havana covering the event (including OJ’s Anna Kroupina), which the minister called “ambassadors of the realities of what is happening in Cuba and the Cuban tourism industry.”For the first time, the trade show hosted an exhibit specifically dedicated to IT and communications, as the destination is determined to extend wi-fi connectivity to all hotels and recreational facilities.For media, FITCuba was also a chance to discover some of Cuba’s natural beauty, the hospitality of its people, and the island’s diverse flora and fauna – notice that beaches weren’t part of the itinerary. This is all part of the government’s plan to entice visitors to venture out of walled-in resorts to discover the “Autentica Cuba.”Journalists took a day-trip to the lush mountainous province of Pinar del Rio (the westernmost point of the island), took a tour through 500-hectare National Botanical Garden and visited an organic livestock and tropical fruit farm that supplies produce to Mediterraneo Havana, the city’s first “farm-to-table” restaurant. During closing remarks, just before journalists, suppliers, hoteliers and other invited guests were wowed by a closing-night Tropicana cabaret show (which is celebrating its own anniversary – 80 years in 2019!) the minister announced that the 40th edition of FITCuba 2020 will be held in Varadero, with the Russian Federation as the guest country of honour.Stay tuned for more highlights from the week-long trade fair and FAM trip!