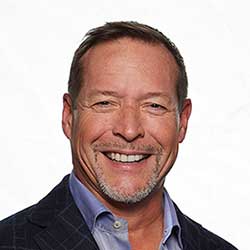 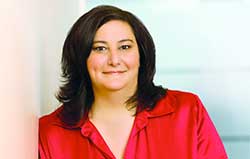 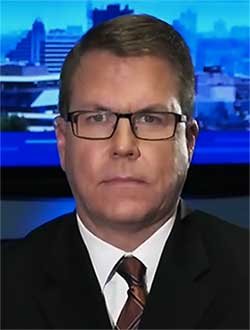 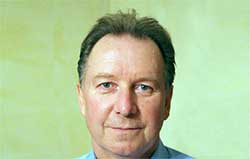 To say that winds of change are blowing through Canada's aviation and travel industries is an understatement.

It's a Category 5 hurricane.

Air Canada's share price topped $40 for the first time ever yesterday, on news the airline is making a bid to acquire vertically integrated tourism operator Transat. Shares of that Quebec-based company also rose sharply, as investors and analysts signalled a positive reaction to the proposed deal.

These developments came closely on the heels of WestJet's announcement that it is recommending shareholders accept a $5 billion offer from Onex Corporation that would take the company private, strengthening the airline's financial position and taking it out of the "What have you done for me lately?" cycle of quarterly earnings inspection.

But there are definitely questions and uncertainty swirling around the AC-Transat hookup.

Open Jaw reached out to several prominent industry executives for their initial reaction to the AC/TS announcement. Responses were mostly positive, with some reservations.

Zeina Gedeon, CEO of TPI Travel, spent over eight years in senior roles with Air Canada. She's enthusiastic about the prospect of an Air Canada-Transat merger.

"This would be a game-changer for the industry -- enhanced product, enhanced reach, enhanced customer offering! With AC's network and Transat's hotels and products, it's a marriage made in heaven."

Brian Robertson, President, Canada West, for major corporate travel management company Vision, said the fact that both Air Canada and Transat are headquartered in Quebec is a plus.

"I do not believe this is a major game-changer considering Air Canada already has Air Canada Rouge (leisure airline) and Air Canada Vacations (tours).  That said, Transat also has hotels and resorts which would be entirely new for AC."

Nexion Travel President Mike Foster told Open Jaw he has concerns about how the potential deal would impact consumers – and these will likely be on the minds of industry regulators too. He also worries about the impact of potentially reduced competition on the retail travel segment.

"While consolidation can be good for travel suppliers from a financial perspective, unfortunately, it means less competition. Competition is generally good for the marketplace, impacting pricing, features and options," Foster said.

The Nexion leader, who represents a sizeable group of independent travel advisors, worries that less competition might lead the remaining players to be less responsive to retail concerns.

"With companies competing for the attention of travel advisors, there is also more incentive for them to maintain strong relationships with the agency community. My hope is that the newly combined company will continue to recognize and appreciate the value travel agents bring to their business."

Robert Kokonis, President & Managing Director of aviation consulting firm AirTrav Inc., says he thought Air Canada would be the most appropriate partner for Transat from the moment Transat announced it was entertaining offers.

He says Air Canada's status as a charter member of the Star Alliance and its participation in an "immunized" transatlantic joint venture with United Airlines and the Lufthansa Group known as A++ offers significant advantages for Transat, but will also likely be the main source for regulatory scrutiny.

"Through the Atlantic++ the partner airlines can not only codeshare and coordinate schedules, but they can also work together on pricing, marketing and revenue sharing. And that group already has a big chunk of North Atlantic flying," Kokonis told Open Jaw.

There's no doubt about that. A combined AC/TS offering would represent over 60% of Canadian North Atlantic air capacity. And Air Canada Rouge enjoys the benefits of the joint venture as well.

"There's robust competition in the Sun market, but the North Atlantic is a concern. I have no doubt regulators will be looking at that."

As Air Canada has built its Rouge leisure carrier concept, it has been "a giver of a lot of pain to Transat," Kokonis added. "Without being part of a global alliance Air Transat has been an island, going up against a block that has anti-trust immunization."

Another major question raised by the potential AC-TS tie-up is the fate of Transat's retail distribution network, which includes up to 500 outlets across the country. Kokonis says that segment of Transat's business "is not a big part of the value of the acquisition," while Vision's Robertson says that group of company-owned and consortia locations "would probably have to find a new home," if the deal is approved.

"There are lots of important questions," says Kokonis. "What happens to pricing? What happens to the travel trade? Anytime there's a consolidation, prices go up. It's Economics 101. But WestJet is getting stronger too. And the beauty of the Onex deal is that it will propel WestJet forward without the need to merge two cultures."

Despite all the speculation, Quebec's Richard Villeneuve, President of Voyages en direct, points out that it's premature to gauge whether the merger is a positive or negative development for Canada's airline industry.

"I think it's too early to say. For the moment, nothing is certain," he told Open Jaw Quebec. "We did not have any reactions from our affiliates. I did not make a message to the board. The future will tell if it is a good thing or not but for my part, I am rather favourable to the idea."