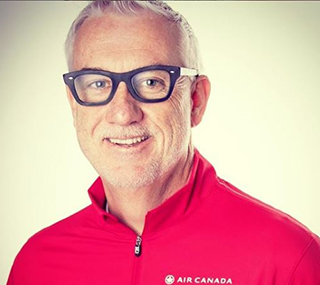 Open Jaw has learned that Duncan Bureau is no longer with Air Canada. Bureau has been President of Air Canada Rouge for a little over a year and in a previous role for five years as Vice President Global Sales at Air Canada.

Bureau is a well-known figure in the international aviation industry, with a successful track record in airline operations for over 25 years. Prior to his roles with AC, he spent over two years in Malaysia as Senior Vice President, Global Sales & Distribution. And he spent 10 years with WestJet, rising to the role of VP Sales & Airline Partnerships.

AC’s Deputy Chief Executive Officer and CFO Michael Rousseau announced the executive management change to employees. He will be in charge of Rouge while the airline seeks a successor to Bureau, and will also assume the interim role of Accountable Executive with respect to Transport Canada.

“It is business as usual for Air Canada Rouge,” the company said in a statement to employees. “Please join Mike in thanking Duncan for his contributions to both Air Canada Rouge and Air Canada and wishing him much success in the future.”