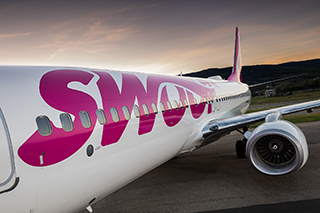 "Swoop flight attendants have been calling out for transparent and fair work rules since day one and CUPE is excited to answer the call," said CUPE National President Mark Hancock.

"Swoop flight attendants work hard and deserve a fair contract - and that's exactly what we're going to help them achieve."

A majority of cabin crew members at Swoop have signed cards to join CUPE, and an application has been made to the Canada Industrial Relations Board to certify CUPE as their union representation.

The move follows CUPE's successful unionization of flight attendants at WestJet's mainline carrier in July 2018 and at WestJet's Encore carrier earlier this month.