Virtuoso Reveals Where Upscale Canadians Are Heading This Summer 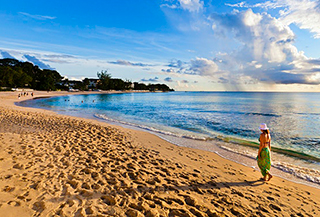 Barbados tops the 'Hot List' of destinations with the biggest increase in bookings by Canadians for summer, according to Virtuoso agent data.

Canadians are setting their sights for high-end travel this summer on emerging destinations all over the world, according to a new analysis from global luxury travel network Virtuoso. The group has examined its data warehouse of C$66.8 billion in bookings to forecast where upscale Canadians are venturing this summer.

The most popular destinations for the summer of 2019 according to bookings.

The Top 10 Analysis: As Canadians plan their summer getaways, many are opting to explore their own country, placing it in the number-one position. Others are venturing south of the border for everything from amusement parks to national parks, as the U.S. took third place.