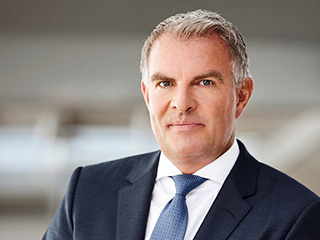 LH Group CEO Carsten Spohr will chair the IATA Board of Governors for the next 12 months.

As its annual general meeting concluded in Seoul, South Korea, IATA announced that Lufthansa Group Chief Executive Officer Carsten Spohr has assumed duties as Chairman of the IATA Board of Governors for a one-year term. Spohr is the 78th chair of the IATA BoG. He has served on the board since MAY 2014.

“I’m honoured and excited to take on this role at this important time for our industry. We face a number of challenges, including growing protectionism, high taxes and trade wars. Probably the greatest challenge of all is sustainability,” Spohr said.

“The Carbon Offsetting and Reduction Scheme for International Aviation (CORSIA) is a major achievement that will stabilize our carbon emissions from 2020. Now we must map out the path to achieving our much more ambitious 2050 goal — to cut net emissions to half 2005 levels. Aviation is serious about its climate change commitments,” Spohr added.

CORSIA is the first global carbon pricing instrument for an industry sector. It will cap net CO2 emissions from international aviation at 2020 levels (carbon-neutral growth, or CNG). The AGM looked beyond CORSIA to the next climate action commitment—cutting net emissions to half 2005 levels by 2050. Airlines were urged to implement all available fuel efficiency measures and to participate fully in a long-term switchover to sustainable aviation fuels. These are key to achieving the industry’s 2050 commitment.

Slots: IATA reaffirmed the importance of a harmonized global airport slot system, and called upon governments to urgently address capacity shortages. The resolution also reaffirmed that the Worldwide Slot Guidelines (WSG) is the global standard for the policies, principles, and procedures of airport slot allocation and management. In addition, it endorsed a Statement of Objectives focusing on delivering consumer benefit, proving convenient schedules, ensuring transparency and non-discrimination in the process and using existing capacity to its full potential.

RFID for Baggage Tracking: IATA has resolved to support the global deployment of Radio Frequency Identification (RFID) for baggage tracking. The AGM also called for the implementation of modern baggage messaging standards to more accurately track passengers’ baggage in real time across key points in the journey. The resolution commits airlines to: transition to bar-coded bag tags with RFID inlays and use RFID data alerts to enact processes with airports and ground handlers that prevent potential mishandlings.

One ID: The AGM passed a resolution to accelerate the global implementation of the One ID initiative, which uses a single biometric identifier to move passengers through the airport, without the need for paper travel documents. The IATA One ID resolution calls for stakeholders -- including airlines, airports and government authorities -- to work together to promote and implement a paperless passenger process utilizing biometric recognition.

KLM Royal Dutch Airlines will host the 76th IATA Annual General Meeting (AGM) and World Air Transport Summit in Amsterdam, the Netherlands, on 22-23June 2020.This will be the third time that the Netherlands will host the global gathering of aviation's top leaders, but the first since 1969. KLM is a founding member of IATA and is celebrating its 100th anniversary this year.