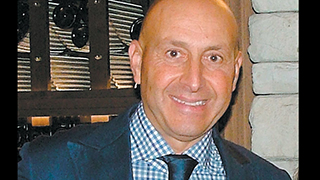 Quebec’s largest independent real estate developer and owner has made a higher bid to acquire all issued and outstanding voting shares of Transat.

Mach is not the only player in the proposed deal. TM Grupo Inmobiliario, described “as the largest residential and leisure real estate developer in Spain and preferred hotel supplier of Transat in Mexico,” would get a “minority equity stake” in Transat for investing approximately $15,000,000 in cash.

It would also “roll-over its three operating hotels in Mexico with approximately 1,000 rooms under the well-established banner The Fives Hotels and Residences into Transat's platform.”

Following the acquisition, Groupe Mach would hold a minimum of 75% of Transat shares, while TM Grupo would hold up to 25%.

The deal would also require the Quebec government to provide acquisition financing of approximately $120,000,000.

Groupe Mach says the offer is a culmination of a long process undertaken since January, when it approached Transat regarding a potential negotiated transaction.

"We are excited about the potential synergies between our companies in which the leading integrated international tourism model of Transat could be combined with Mach's vast experience in overseeing the construction, ownership and management of complex real estate development projects in a cost-effective manner and its on-going initiatives at modernizing the leisure travel experience, " said Vincent Chiara, President & CEO of Mach.

The company says a deal “would provide the opportunity for Transat to pursue its 2018-2022 strategic plan more competitively in a private setting, backed by the financial strength and extensive real estate development and ownership experience of Mach.”

Mach says its intent is to largely maintain Transat's existing business plan as well as its management team. “Our intention is to leave management in place and for day-to-day operating control to remain with them where it belongs.”

The transaction is subject to conditions, including Transat terminating its current process with Air Canada and the execution of a confidentiality agreement between Transat and Mach which includes a period of 30 days to complete due diligence and execute a definitive acquisition agreement.

Mach says to satisfy the goals of the Quebec government it would ensure that Transat's head office, executive team and centre of decision-making would “truly be based in Montreal” and that no layoffs of current employees in Transat or its subsidiaries would result from the transaction.