The Battle For Transat Heats Up 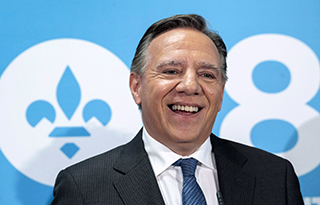 The battle for the future of Transat is heating up, with yesterday’s news that Groupe Mach has made a $14 per share offer to buy the operator, $1 more than Air Canada’s $13 per share bid.

There’s a catch to the Groupe Mach bid, however, in that it would require $120 million in Quebec government financing – nearly one-quarter of the purchase price. Air Canada’s offer comes without financing conditions.

Air Canada’s exclusive agreement with Transat regarding a proposed transaction is subject to the completion of a 30-day due diligence period to be complete towards the end of June.

Transat has agreed to pay Air Canada $15 million if it ends the agreement or accepts another bid.

Following the public release of Groupe Mach’s bid and a statement from Transat acknowledging the offer, Air Canada put out a press release touting the benefits of its offer.

“Air Canada's acquisition will result in job creation and economic growth in Quebec, given the travel and tourism opportunities. Moreover, Air Canada has all necessary funding to complete the transaction and therefore it is not subject to financing conditions and does not require government or taxpayer assistance,” the company said.

The statement went on to list what AC sees as reasons why it would make the best choice to take over Transat:

As the Globe and Mail reports, the government financing portion of the Groupe Mach bid didn’t necessarily find a warm reception.

Quebec Premier François Legault, who was one of the founders of Transat, says he is pleased there are two “Quebec offers” for the company and noted that Transat’s board and shareholders will decide the outcome.

“We said at the beginning that we were concerned there would be an offer that came from outside Quebec and that we were ready to help a Quebec group to put in place an offer,” Legault said.

“Now we have two Quebec groups. So I don’t think the government necessarily has to get involved. If there’s a good proposal and an attractive investment for Investissement Québec, they can look at that. But I don’t see the urgency here given we’re talking about two Quebec companies.”

The Groupe Mach offer is intriguing as it includes a 25% stake for Spain-based hotelier TM Grupo Inmobiliariofor an investment of $15 million in cash plus the “roll-over” its three operating hotels in Mexico with approximately 1,000 rooms.

That would accelerate Transat’s diversification into hotel ownership, which the company has identified as a priority for some time but has been slow to execute.

Transat employs about 5,000 people and offers travel packages to 60 destinations in 25 countries in Europe and the Americas, according to its website. The company has annual revenue of almost $3 billion but has struggled to earn profits in recent years.