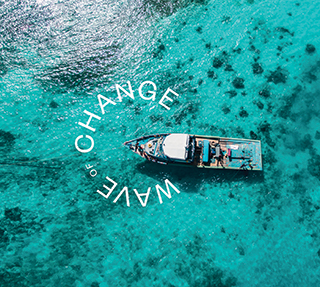 Iberostar Group has opened a new land-based coral lab in the heart of the Caribbean. The lab, officially unveiled on 8JUN for World Oceans Day, was created to help protect essential ocean life from rising global temperatures in the future -- and defend against a new fast-moving coral pandemic today.


Stony Coral Tissue Loss Disease (SCTLD) has left a ghostly wake of bleached-out coral bones from Central Florida, where it first appeared in 2014, to Mexico, the U.S. Virgin Islands, St. Maarten, and now the Dominican Republic, where it suddenly arrived in March.

Dr. Megan Morikawa, Iberostar’s Director of Sustainability, who is a Marine Biologist with a PhD in coral restoration, saw this underwater white plague coming as she and her team hatched plans for the new coral lab in the Dominican Republic.

Moving quickly, a band of people from the scientific community, Iberostar, the Dominican government, NGOs and others finished the lab in a year, just as the coral disease started infecting local reefs -- eight months sooner than expected.

“We didn’t realize it when we started the project, but we were building Noah’s Ark for coral,” Dr. Morikawa says.

The coral lab initially houses 10 species and 180 individual corals (most facilities only contain a few species). Built in the footprint of a former yoga palapa, the center operates under rigorous scientific standards but is open to visitors, including children in Iberostar’s Star Camp entertainment program.

“This is much-needed science in an unexpected location,” Dr. Morikawa says, adding that corals represent just 1% of the world’s surface but hold about a third of the world’s biological diversity.

The lab is the latest effort in the Spain-based tourism company’s Wave of Change movement, a three-pronged approach to protecting oceans and encouraging responsible tourism, that includes:

With 32,000 employees serving eight million clients per year, Iberostar has the power and reach to educate and inspire people and its industry peers to drive broad change.

“As a family business who has been part of the community in the Dominican Republic for more than 25 years, we are establishing a tourism model that is every time more responsible and allows for a better legacy for the future generations of this country. We have to acknowledge this responsibility and keep taking bold steps,” says Gloria Fluxa, Iberostar’s Vice Chairman and Chief Sustainability Officer, a fourth-generation leader in the 100% family owned tourism business.

The onshore lab will serve as a haven for threatened Caribbean coral. It is a genetic bank, protected from increasingly destructive hurricanes offshore where most reef farms live. Plus, it pulls saltwater from wells, not the ocean, making it safe from fast-moving, broad reaching coral diseases such as SCTLD.

Among its features, the lab has four 1,200-liter tanks, four more 500-liter tanks and four control systems to allow researchers to accurately simulate future ocean conditions, so they can develop and grow heat-resistant coral strains that could one day replenish the ailing reefs that sustain entire fish populations and protect coastal livelihoods.

“Putting all of this together on such a tight timeline and on land was a Herculean effort that required innovation and collaboration,” Dr. Morikawa says. Iberostar’s hotel staff pitched in on construction and design. Government officials helped navigate permits. Engineers and aquarists were flown in to consult on the design, and a spa company built controls for the tanks. “Everyone was pitching in. It gave us a beautiful local perspective,” Dr. Morikawa says, “I never would have expected that we would build a lab facility in a year, but we had no choice, we were running out of time.”

Iberostar plans to open more coastal health facilities in other locations within the next two years and hatch a number of offshore nurseries.

Importantly, the lab was designed to give Iberostar guests and the local community an indelible ocean experience on land and expose them to an environmental challenge they might otherwise never know about.

“I think what is most important is that hotels can contribute to protecting our oceans in ways we didn’t quite expect,” Dr. Morikawa says. “Ironically, we as a scientific community have been working for years on building an economic case for saving coral reefs. What hooked Iberostar was purely wanting to protect them.”