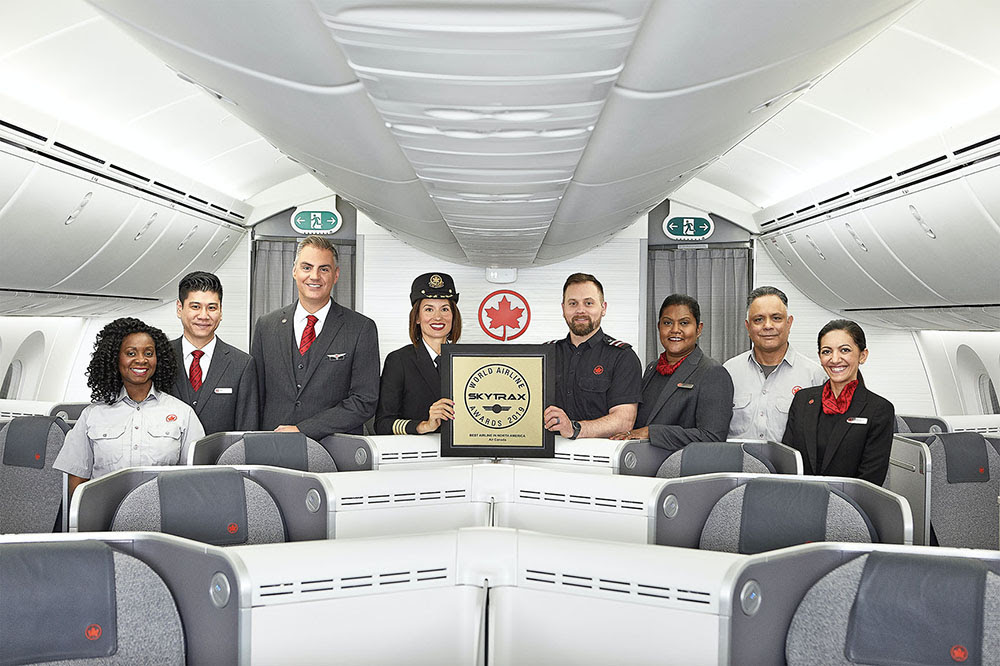 It is the eighth time in the past 10 years the carrier was selected as the Best in North America by the World Airline Awards, which are based on passenger satisfaction surveys of more than 21 million global travellers.

"Our continued success winning these awards shows we have truly transformed Air Canada into a leading global carrier focused on a superior product offering and customer service excellence. I commend our 33,000 award winning employees whose hard work transporting our customers safely and comfortably has awarded us best airline staff in Canada," said Calin Rovinescu, President and Chief Executive Officer of Air Canada. "We also thank our customers for their loyalty and for recognizing our efforts."

Rovinescu went on to say that Air Canada continuously tries to enhance all aspects of the travel experience with innovations such as upgrades to the in-flight entertainment systems, the introduction of onboard Wi-fi, new and refurbished lounges and, next year, a new loyalty program.

The Star Alliance, of which Air Canada is a founding member, was also named world’s best airline alliance by Skytrax.