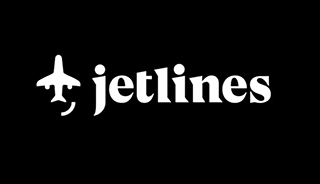 Canada Jetlines Ltd. has revealed a new and "playfully provocative" brand identity that features emoji-like expressive faces that capture every emotion of travel.

The ULCC hopes to take to the air in mid-DEC.

The logo incorporates a face with a knowing smirk created from an upside-down plane. The airline calls it a "cheeky, rebellious identity system" that is authentic, accessible and deliberately distinct from other Canadian airlines.

The new system will cover every touchpoint of the brand experience from the livery to uniforms to signature luggage and humourous airsickness bags.

Underlying the cheekiness, however, is an apparent dig at what the company refers to as Canada's airline "duopoly."

"Jetlines is fighting for Canadians by creating competition and rebelling against Canadian ultra high airfares. Our new brand promise and design reflect our core philosophy of pushing back against the status quo and giving Canadian travellers a brand that empowers them to make their own decisions," said Javier Suarez, CEO of Canada Jetlines. "I would like to thank the entire Jetlines commercial team for building such a strong brand identity that reflects our passion and values, as well as extend my most sincere gratitude to our partner, Cossette, for all of their hard work and raw talent that has brought us here today."

Canada Jetlines released a video showcasing an emotional rollercoaster of the new emoji-logos, punctuated by the company's tagline, "Flying sucks less when you play less."

The Vancouver-based ULCC has been planning to launch for years now, but although it has set its sights on a 17DEC 2019 launch day, competitors who have a vested interest in seeing Jetlines flounder doubt that they'll have another rival to worry about.

"I question very much whether they will ever get in the air," David Tait, executive chairman of Flair Airlines, told Business in Vancouver (BIV) last week.

In fact, Tait said he thought that the chance of Jetlines launching flights would be less than 50%.

"I think the longer it drags out, the less chance that it is ever going to fly. I’m surprised that they’ve managed to sustain themselves on coming-next-year promises for as long as they have," he told BVI.

Tait is not alone in his skepticism.

Earlier this year, the president of the ULCC Swoop, Steven Greenaway, did not seem concerned.

"For me, they’ll become serious when they launch,” he said. “Until they actually start flying, it is a moot point for me."

A few weeks ago, Jetlines announced that it has been granted slots at its planned hub at YVR to operate its first winter schedule. The slots will permit Jetlines to operate up to 10 flights per day and over 1,000 flights during the first winter season from 17DEC, 2019 to 28MAR, 2020.

The airline plans to offer flights across Canada and provide non-stop service from Canada to the U.S., Mexico and the Caribbean.

Juan Millas - June 19, 2019 @ 11:19
Duopoly????
What about Sunwing, Air Transat, Flair and the many other Transborder and International Carriers.
There are lots of choices in Canada and to and from Canada.