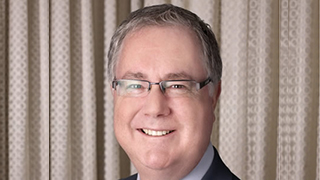 Lindsay Pearlman, co-president of Ensemble Travel Group for the past 12 years, has decided to leave the company, CEO David Harris announced on 20JUN.

Pearlman served as executive VP and general manager of Ensemble Canada for four years before being appointed co-president in JAN 2011.

Based in Toronto, Pearlman serves on several industry advisory boards, including Starwood Hotels & Resorts, and the Association of Canadian Travel Agents (ACTA). Prior to joining the Ensemble consortium, Pearlman was director and general manager at American Express and also held positions at Travel Services Network, Canada and General Electric in Calgary.

Under Pearlman’s leadership, Ensemble received several industry awards, including Canadian Agency Chain of the Year in 2009.

In a statement, the Ensemble team and Board of Directors thanked Pearlman for his 12 years of service. Harris, who took on the CEO role in MAR this year, and Ensemble President Libbie Rice, will handle management responsibilities and global operations going forward.