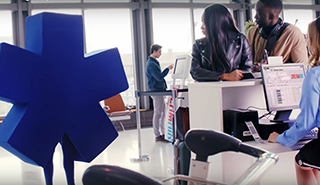 The Travel Industry Council of Ontario (TICO) held its Annual General Meeting (AGM) on 25JUN, 2019 to share the organization’s accomplishments from the previous fiscal year and elect a board of directors.

The AGM is is also an opportunity for members to voice their concerns over various regulations, most notably the contentious issue of registrant fees.

TICO President and CEO, Richard Smart, focused his remarks on the unpredictability of the travel industry and the concurrent need for consumer protection.

“We live and work in an exciting era, one in which change is a constant and where innovation is increasingly important,” said Smart. “The ever changing landscape of the travel industry is what makes TICO’s role so important - to ensure consumers remain confident with their travel purchases, wherever they go, regardless of purpose or destination.”

TICO’s latest consumer awareness campaign was highlighted by Chair Jean Hébert. The predominantly digital campaign included video, online ads and notices at Yonge Dundas Square and Toronto’s PATH network. The star of the campaign is a life-sized Asterisk, representing any missed details that could derail a consumer’s travel plans.

The marketing campaign encourages consumers to book their travel with a TICO-registered travel agency or website.

Hébert was named Board Chair, to serve a three-year term, and Scott Stewart, Vice-Chair for one year.

The following individuals were appointed to TICO’s Board of Directors:

The AGM also recognized the commitment and impact of seven outgoing Directors:

“Directors make a lasting contribution to TICO and to Ontario’s travel industry more broadly,” said TICO Chair Jean Hébert. “I would like to extend my gratitude to TICO’s Board of Directors, and to our outgoing Directors, who have shown tremendous commitment to oversight of TICO and its important consumer protection mandate.”